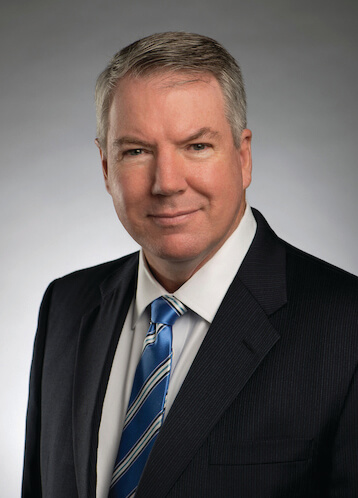 Having worked in Alabama’s largest metropolitan areas, over the years Brian has recognized the different growth patterns between Alabama’s urban and rural places, despite the tremendous assets the State’s rural communities possess.  Building off of his experience in economic development and chamber of commerce leadership in metropolitan areas, he is now working to help Alabama’s rural communities be better prepared for economic growth and prosperity.

Brian served as President & CEO of the Birmingham Business Alliance from 2011 to 2019, which included a record year in 2018 for the seven-county Birmingham region for both announced jobs and capital investment.  Prior to his role with the BBA, he was President & CEO of the Chamber of Commerce of Huntsville/Madison County, where between 1992 and 2011 the community announced over 65,000 jobs, consistently leading Alabama in job growth and attaining many national rankings and recognitions for the community and the Chamber.

He began his career in economic development in 1980, working his first 11 years in Birmingham plus one year with the Mobile Chamber before moving to Huntsville in 1992.  He has worked on a wide variety of national and international corporate projects, such as Toyota, Sterilite, the Hudson Alpha Institute for Biotechnology, Adtran, Cinram, Del Monte, Autocar, Benjamin Moore Paints, Verizon, Delta Air Lines and Mercedes.  He was involved in several rounds of U.S. Army Base Realignment & Closure, including the 2005 BRAC that brought over 4,700 jobs to north Alabama.  He has been involved in projects for new, expanding and early-stage employers that total over 100,000 Alabama jobs, and in 2011 was commended by the Alabama State Legislature for his work in growing the State’s economy.

A native of Huntsville, Brian is a graduate of Auburn University and the University of Oklahoma Economic Development Institute.  He is a graduate of Leadership Alabama, Leadership Huntsville/Madison County and Leadership Birmingham.  He is the current chairman of the Alabama Germany Partnership, and is the past chair of the Economic Development Association of Alabama, the Chamber of Commerce Association of Alabama, and the Japan America Society of Alabama.  Other current and past leadership positions include the Alabama Sports Hall of Fame selection committee, and the board of directors of the Business Council of Alabama, the Birmingham Civil Rights Institute and the North Alabama International Trade Association.  He is a recipient of the Rainer Bauer Award from the Alabama Germany Partnership and the Samuel Ullman Award from the Japan America Society of Alabama.  In 2017 he was named one of the Top 50 Economic Developers in North America.

Having spent his entire career in economic development, Brian is a strong believer that employment opportunities are the best way to help communities prosper and improve people’s lives.  Growing up in Huntsville, where his father was a career Army and NASA employee, he lived in a part of the community where many Germans and NASA engineers resided.  Both of his grandfathers were small business owners, and one was also the mayor of Madison when it was a small town.

Brian and his wife, Windy, reside in Hoover, and they have two married children.  Their son, Carlton, is an attorney with Burr Forman in Birmingham, and their daughter, Abby, is a high school math teacher in Decatur.  Between them they have four grandchildren.