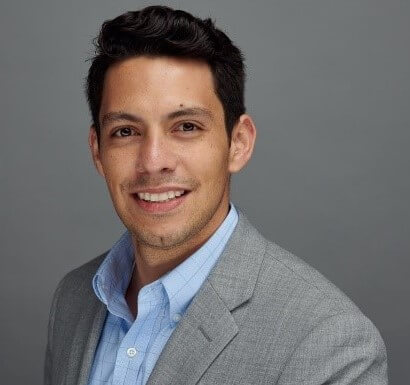 Carlos Barahona was born in Puebla, Mexico. At age 15, he moved to Mobile, Alabama to complete the remainder of his high school education at McGill-Toolen Catholic High School. Carlos received both his Bachelor of Arts in Communications and his Master of Business Administration from the University of Montevallo.

He currently works as the Sales and Transportation Director at Universal Logistics Services, Inc. In his five plus years at Universal, Carlos has worked simultaneously in both the sales and operation domains, allowing him to strengthen longstanding relationships and to establish new partnerships. Consequently, Universal has seen significant growth in volume and profit since bringing Carlos on board.

Carlos’s interest in German culture dates back to his childhood in Puebla, where Volkswagen is the city’s top employer. Upon returning from a study abroad experience in Düsseldorf, Germany in 2014, Carlos was elated to continue his involvement with the German people, businesses, and culture through membership in AGP. Since becoming involved with AGP, Carlos has developed invaluable personal and professional relationships through the incredible social and networking opportunities that AGP hosts each year.